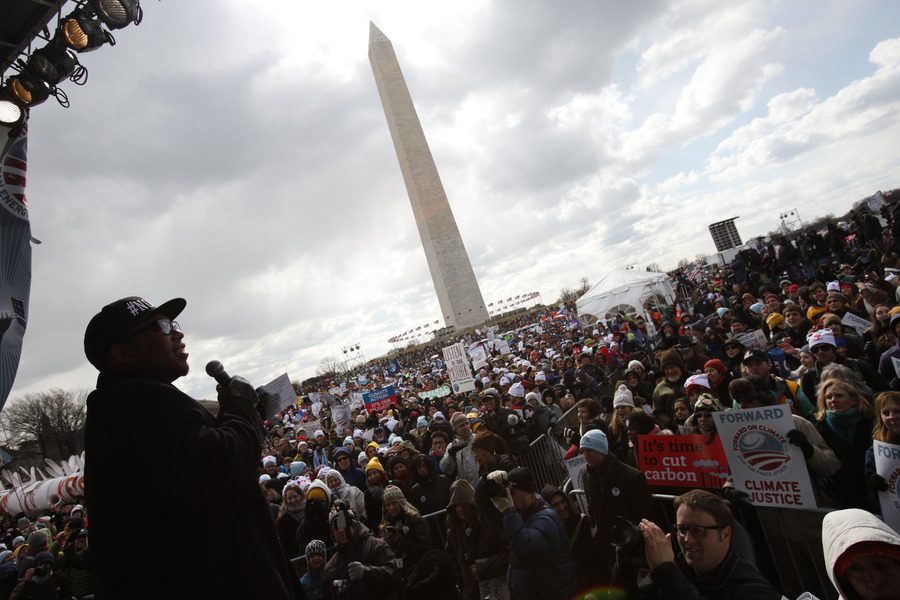 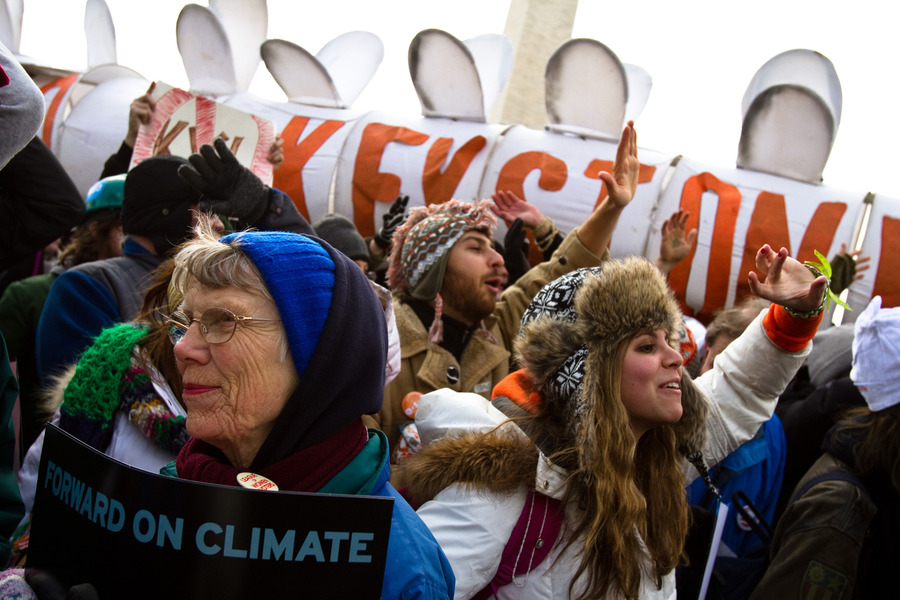 Protestors chant "Shift the Power" during the Forward on Climate Rally 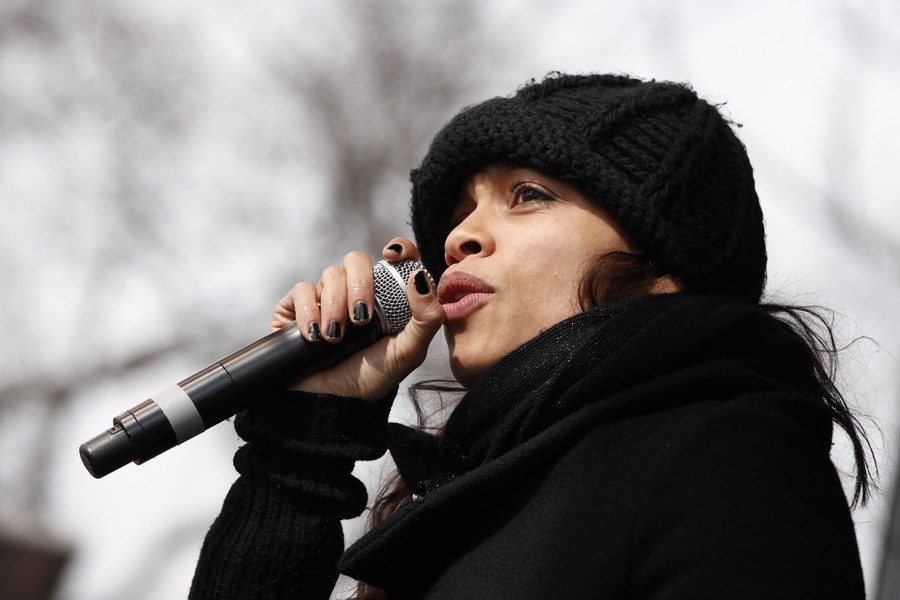 Actress Rosario Dawson addresses the crowd at the Forward on Climate Rally, before marching in solidarity with activists from the Indigenous Environmental Network 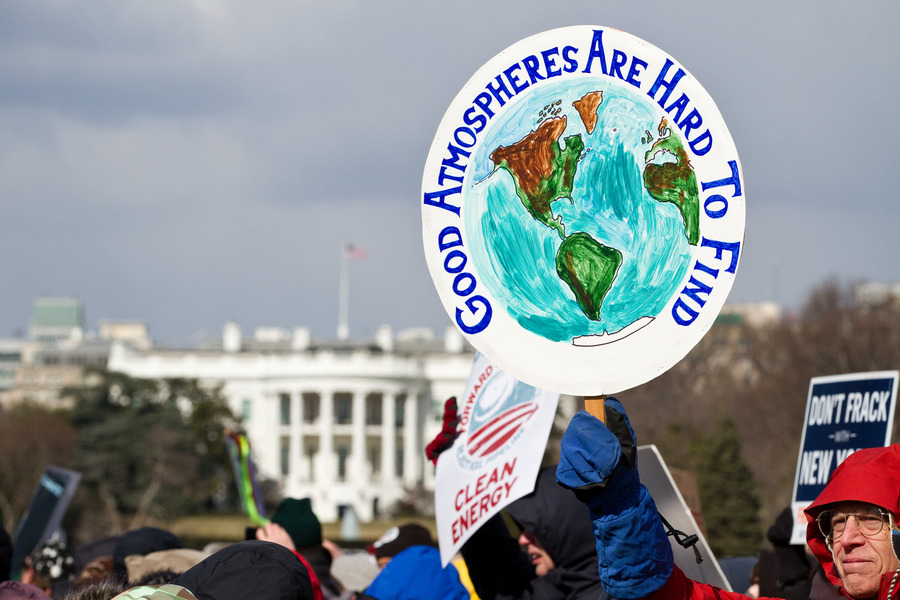 The march started on Constituion Ave, south of the White House, and circled around the north side before returning to the starting point, with a crowd filled the streets and stretched over a mile long. 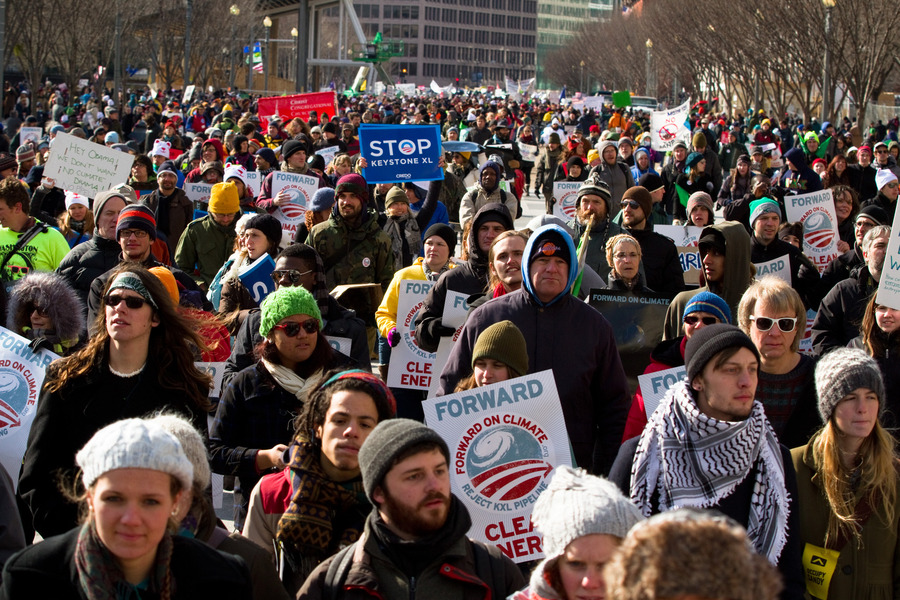 Marchers filled Pennsylvania Avenue directly in front of the White House, with many participants stopping to chant slogans and take pictures beside the fence. 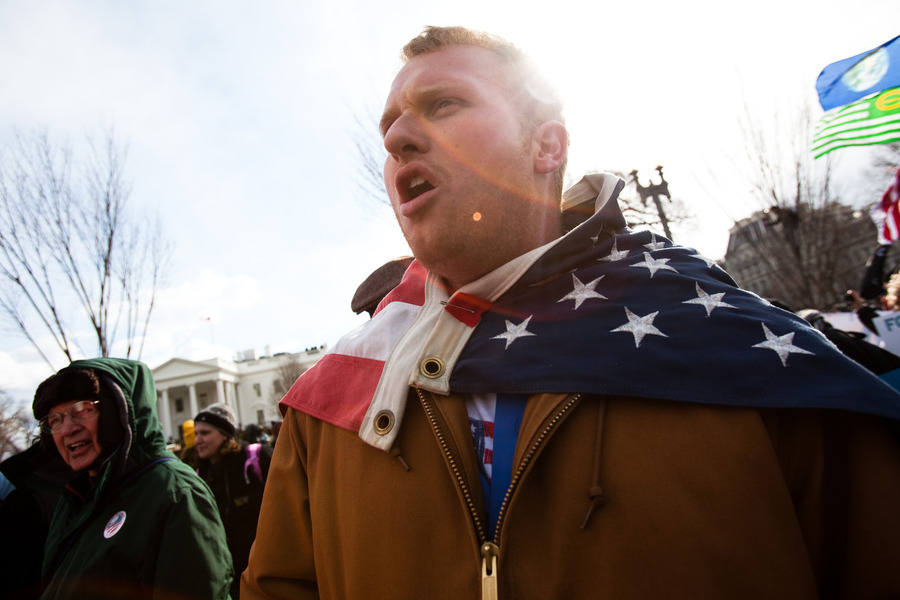 Carl Gibson, from Madison, WI, joined the protest in support of friends who had previously been arrested at anti-Keystone demonstrations in Texas. He values how the Climate movement unites a diverse group of political, environmental and social groups, saying, "It's the thing that ties everyone together...we have a common enemy." 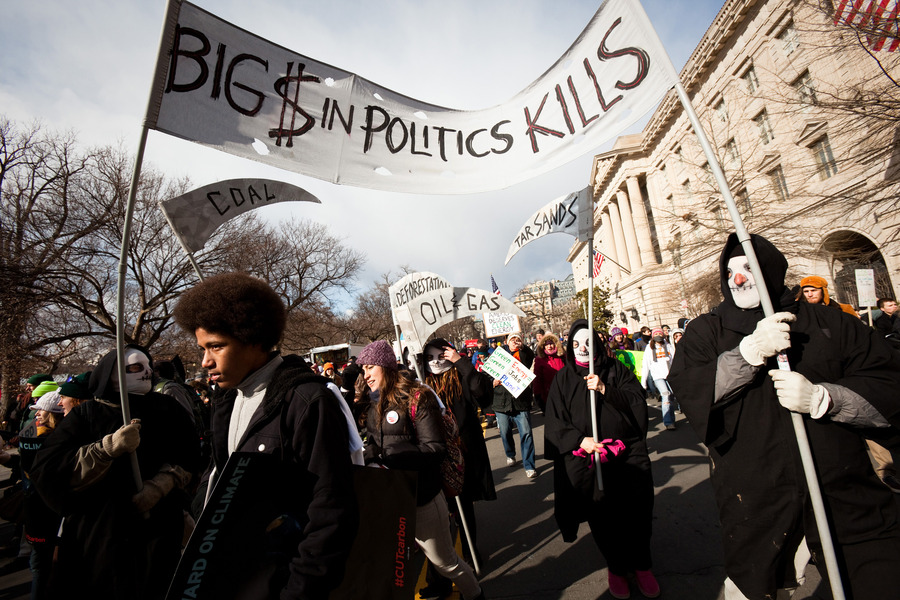 The Grim Reaper was a common theme, ranging from a costumed group to a cutout on a sign that read, "The only steady job on a dying planet will be mine" 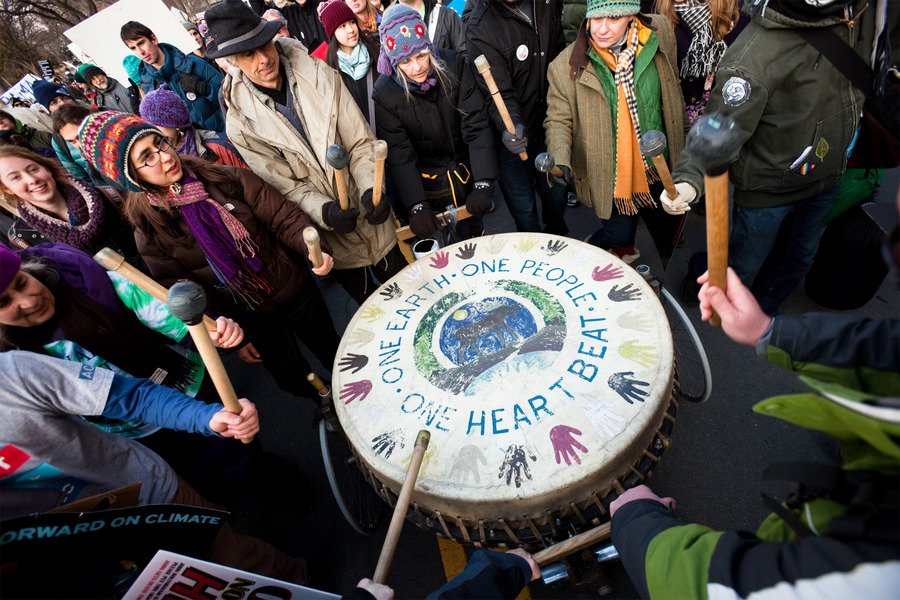 Marchers brought a variety of musical instruments to the Forward on Climate Rally, from harmonicas, trumpets and guitars to a communal drum pushed on a homemade dolly